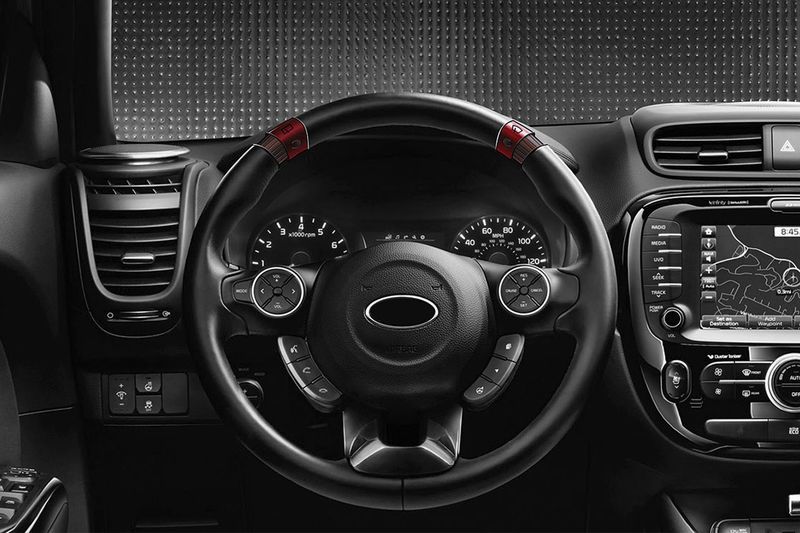 Claire Puginier Redesigned Windshield Wipers for Ease of Use

Mary Van Puymbroeck — May 3, 2017 — Autos
References: yankodesign
Share on Facebook Share on Twitter Share on LinkedIn Share on Pinterest
Operating the windshield wipers on a car can be one of the least intuitive aspects about driving a vehicle. Often the lever is tucked behind the steering wheel, with tiny writing and symbols that are impossible to decipher while driving. In certain climates, wipers are used so infrequently, it can be a scramble for some to figure out how to operate them while driving.

Designer Claire Puginier has re-conceptualized the operating system behind one of the car's most essential, yet infrequently used features. Instead of turning one's windshield wipers on with a hard-to-find, clumsily placed knob or lever, she has placed them front and center on the steering wheel. With a bold yet sleek design, Puginier's new dials are placed just above where one should grip the wheel. The left dial controls the back windshield wipers and the right controls the front. To use, the dial is twisted away from the driver (once for windshield wiper fluid and beyond for varying degrees of wiper speed).

Should this concept be used in the future of car manufacturing, it might simplify an irritating (albeit minimally intrusive) aspect of operating a car.
3.5
Score
Popularity
Activity
Freshness
Attend Future Festival