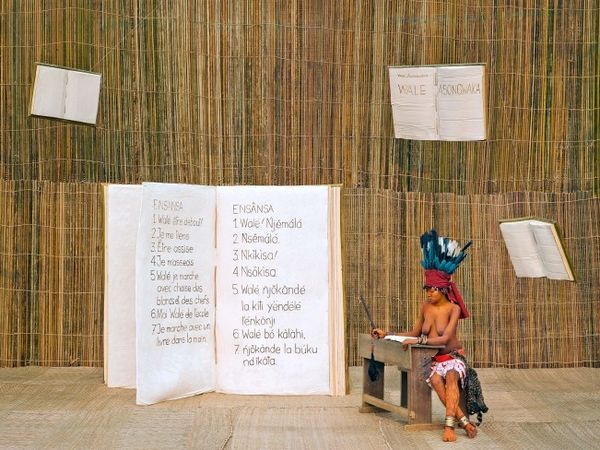 'Wale' is the Ekonda word for a woman who is nursing for the first time, and the Ekonda believe this is the most important phase of a woman's life. When a Wale is nursing, she goes to live with her parents and remains secluded for a few years. During her seclusion, she lives under specific conditions and has to respect a taboo on sex.

The end of the woman's seclusion is marked by a dancing and singing ritual. Each song and dance contains elements unique to each Wale, who sings a song about her loneliness during seclusion and in praise of her discipline. The ritual is intended to be an emotional and symbolic tribute to motherhood, fertility and femininity.

Willocq convinced five Wales, who he knew for over a year, to participate in the photo series. Each image is a visual representation of the song that each Wale sings.
0.6
Score
Popularity
Activity
Freshness
Get Better and Faster