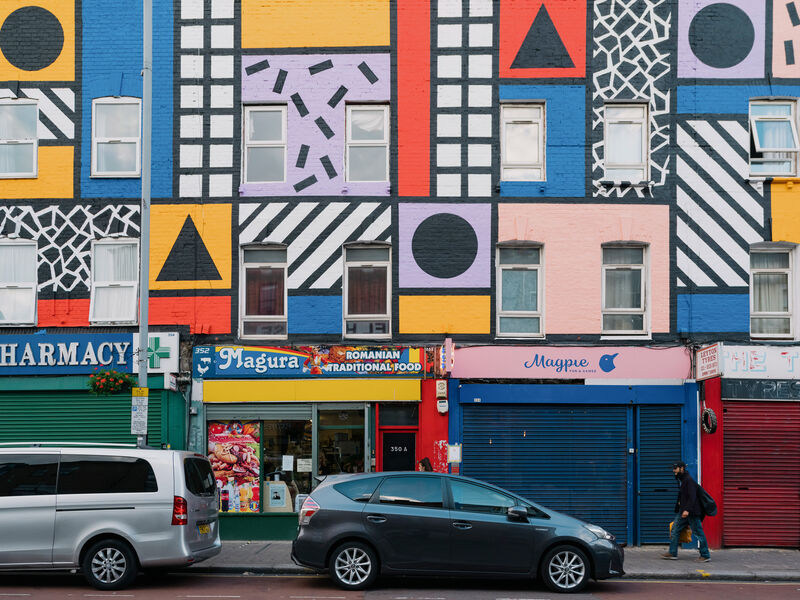 Kalina Nedelcheva — September 3, 2020 — Art & Design
References: camillewalala & dezeen
Share on Facebook Share on Twitter Share on LinkedIn Share on Pinterest
Designer Camille Walala has become quite popular due to her playful, vibrant, and eye-captivating artwork that adorns many streets and buildings. Gaining more recognition, she even did a collaboration with toy giant LEGO. Recently, the artist was commissioned by residents of London's Leyton neighborhood to overhaul an entire block with her stunning designs. The project was titled the 'Walala Parade' and it was entirely community-funded.

A total of £40,000 was raised for the initiative "as part of an appeal by east London street art collective Wood Street Walls." The neighborhood is home to a diverse immigrant population. Many citizens there identify as young creatives and as a result, commissioning Camille Walala to diversify the urban setting with her expressive visual language was quite fitting.