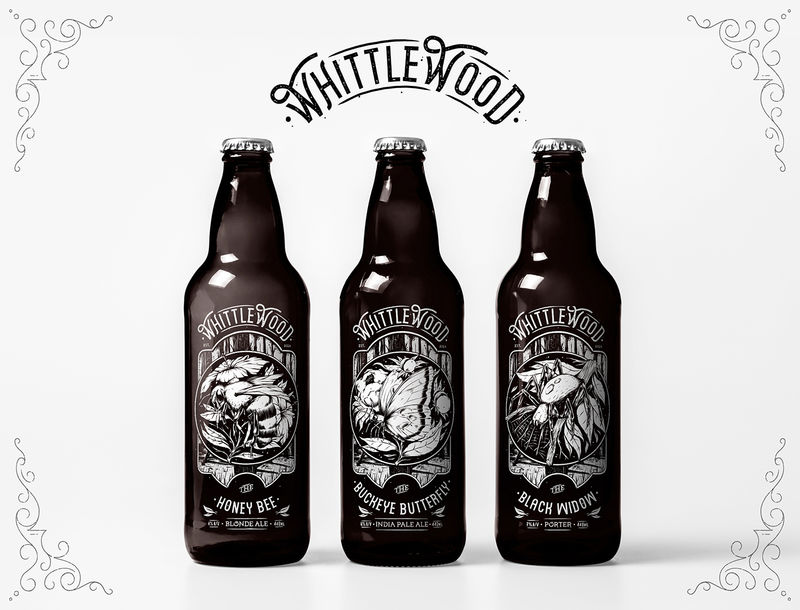 These 'WhittleWood' Beers are Made With Eco-Friendly Practices

Mishal Omar — November 16, 2016 — Eco
References: behance.net & packagingoftheworld
WhittleWood is a craft brewery in Cape Town, South Africa that is inspired by the environment in both the design of its beers and the way in which the beers are created and packaged.

There is no doubt that many species are under threat due to the effects of climate change and WhittleWood aims to impact the environment as little as possible. The craft brewery packages its beer in recycled bottles, uses organic ink in the process of printing and the production of the beer itself is also environmentally friendly. There are three different beers in the WhittleWood collection including a Honey Bee Blonde Ale, a Buckeye Butterfly India Pale Ale and a Black Widow Porter.

These beers aim to promote love for the environment in their design, while following through with this idea in their production process.
3.1
Score
Popularity
Activity
Freshness

Landscape Beer Art
Each of These Beer Labels are Individually Marked