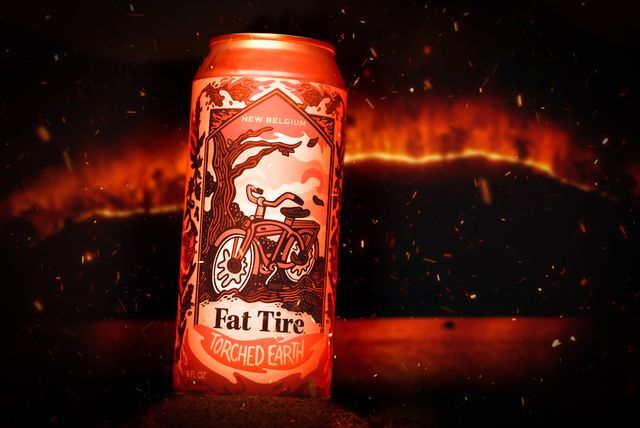 Grace Mahas — April 23, 2021 — Eco
References: thedieline
Share on Facebook Share on Twitter Share on LinkedIn Share on Pinterest
In an effort to raise awareness about climate change, Flat Tire debuted a "lousy" beer called 'Torched Earth' made from ingredients that, in the future, will be harvestable. The beer features a "smokey malt" flavor to mimic the wildfire-affected water supply.

In addition, Torched Earth is crafted from drought-tolerant millet and buckwheat instead of barley or wheat, since those grains will be harder to produce in coming decades thanks to the devastations of climate change. To create the bitter, ho taste, the Flat Tired opted for dandelions and shelf-stable Hail-Mary extract. This comes as fresh, aromatic hops will be "nearly impossible to grow."