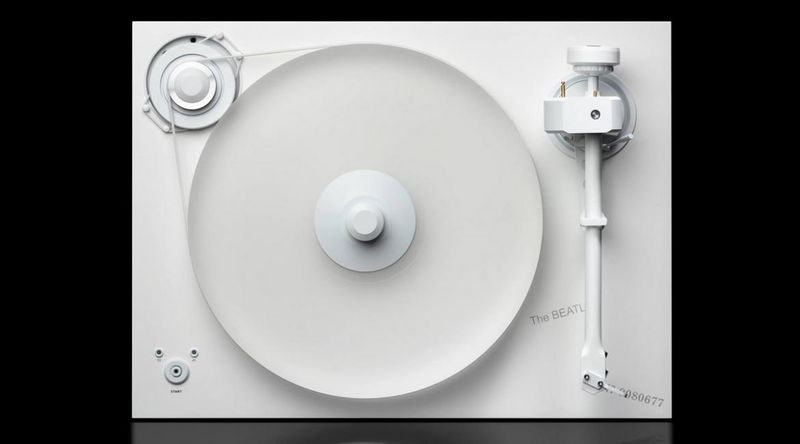 The White Album Turntable is Stunningly All White

Justin Lam — November 2, 2018 — Tech
References: hypebeast & luxurylaunches
Created in a collaboration between Pro-Ject Audio Systems and Universal Music Group, the White Album Turntable celebrates the 50th anniversary of the iconic Beatles album. Known officially as the Pro-Ject x The Beatles 2Xperience White Album Turntable, the main platter is made entirely of acrylic as a means of improving sonics and creating a truly memorable appearance.

Only 500 units of this turntable will be constructed and will carry an estimated price tag of $1945 in the US. The record player will also come with a White Album packages further celebrating the iconic album.

Integrated High-End Turntables
This Turntable Has a Consolidated Tonearm, Cartridge and Battery