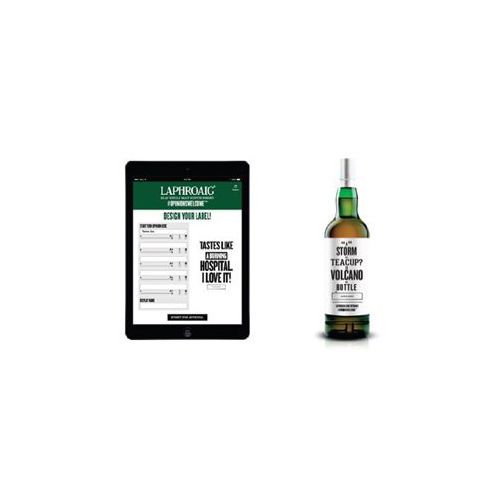 Some of the personal opinions that people have shared about the whiskey describe it as "A big peaty, slap on the face" and "Like the wings of a sweet angel torn off and torched in a peat pit." The labeling tool will only be available through trade and consumer events, but buyers are being encouraged to tweet a picture of their custom whisky label using the campaign hashtag.

With this campaign that features vivid descriptions that are shared on social media, Laphroaig has made a point to bring these bold opinions back into the offline world. For instance, when the campaign first launched, it projected consumer tweets on its distillery wall.
4
Score
Popularity
Activity
Freshness
Attend Future Festival