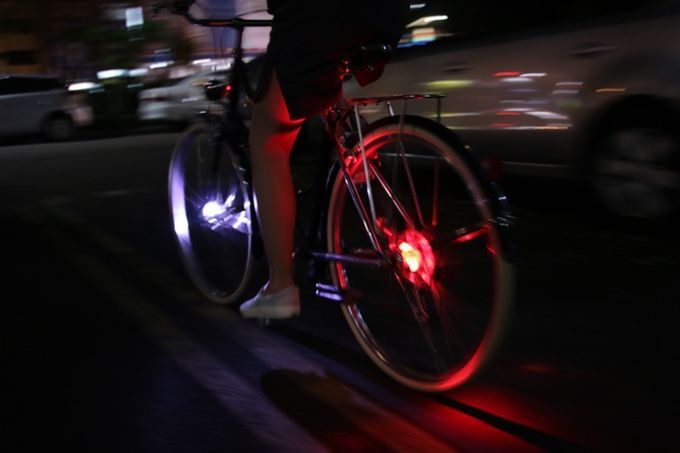 Joey Haar — April 19, 2017 — Autos
References: kickstarter
Share on Facebook Share on Twitter Share on LinkedIn Share on Pinterest
Bicycling on city streets can be a dangerous activity, all the more so when it's dark out, so the Wheely Bicycle Light offers a bright alternative. Rather than attaching to the underside of the saddle or the front of the handlebars, the Wheely Bicycle Lights attach directly to cyclists' wheels, giving them added visibility for vehicles approaching from any direction.

One of the biggest issues with most standard bike lights is directionality. Many bike lights are powered by a single LED on each side — while those LEDs are certainly bright enough to be seen from far away, they don't do a good job of illuminating bicycles to perpendicular traffic that's approaching. The Wheely Bicycle Light illuminates the hub, spokes, rim, tire, and road, making cyclists visible to any vehicles or pedestrians around in the evening.
4.8
Score
Popularity
Activity
Freshness
Attend Future Festival