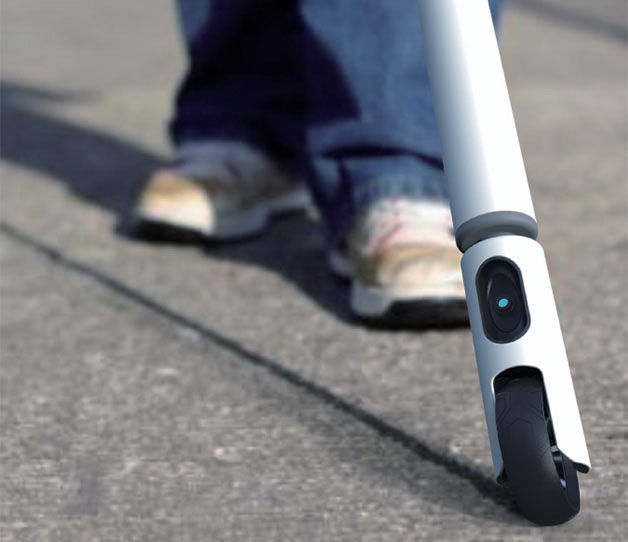 Amelia Roblin — February 4, 2015 — Lifestyle
References: red-dot.sg
The majority of canes for the blind tend to receive some friction from the ground below, making the idea behind this wheeled walking stick seem like an obvious solution. Despite that, the incorporation of a rolling component into the apparatus is a fairly fresh idea – especially when it's combined with more hi-tech features.

A group of designers from Zhejiang University collaborated on this concept project, earning them a win in the 2014 Red Dot Design Awards. The product would be a long pole-like navigating crutch that can be held comfortably in one hand. Extended on an angle before the blind user, this wheeled walking stick would rarely have to be lifted to overcome small obstacles. It could also be equipped with a camera for sensing barriers ahead.
6.3
Score
Popularity
Activity
Freshness

GPS Walking Sticks
The Sonicane 2.0 Lets the Blind Guide Themselves