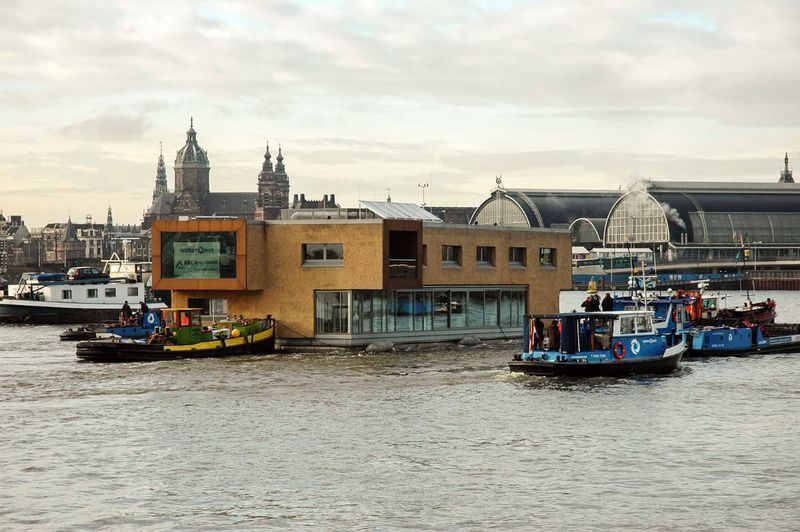 The Waternet Office Makes the Most of Amsterdam's Canal Culture

Rebecca Byers — February 24, 2015 — Art & Design
References: waternet.nl & popupcity.net
Share on Facebook Share on Twitter Share on LinkedIn Share on Pinterest
The Waternet office, nicknamed 'the arc,' is a three-storey building created for the company in charge of keeping Amsterdam's waters clean by Attika Architects. The Waternet office is unique in that it sails from location to location, while it is normally docked at the northern part of the city's harbor.

Floating on water, the Waternet office features a timber frame, a thatched facade and 875 square meters of floor space, which houses office space, a cafeteria and locker rooms and showers in the basement for the workers.

Waternet has previously explored outside of the box initiatives, such as their 2012 marketing campaign by ACHTUNG!, which was a portable toilet along the canals that used a virtual game to discourage tourists from relieving themselves in the water.
3.8
Score
Popularity
Activity
Freshness
View Innovation Webinars