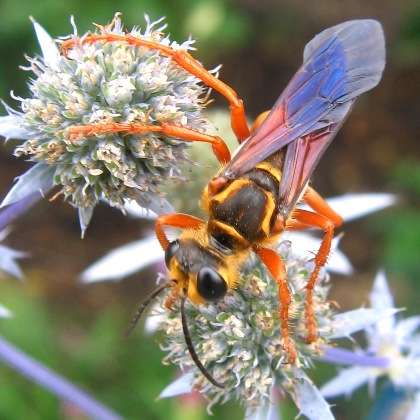 Bianca — September 8, 2007 — Unique
References: canada
Tokyoites are adding a little zing to their diets. The Japanese have their fair share of unique foods, but sashimi is tame in comparison to jibachi senbei, or "digger wasp rice crackers." The snack was invented by a Japanese wasp fan club (yes, there is an entire group of people who have a collective passion for the stinging insects, weird, we know!)

"The result adds a waspish scent to the traditional fare," the Vancouver Sun reported, adding that they're "slightly more oikly than the soy-sauce-flavoured traditional ones."

For now, they're still cheap -- about $3 per bag of 20 crackers, "but output may be limited as the wasps are caught in the wild for optimum flavour."
3.8
Score
Popularity
Activity
Freshness