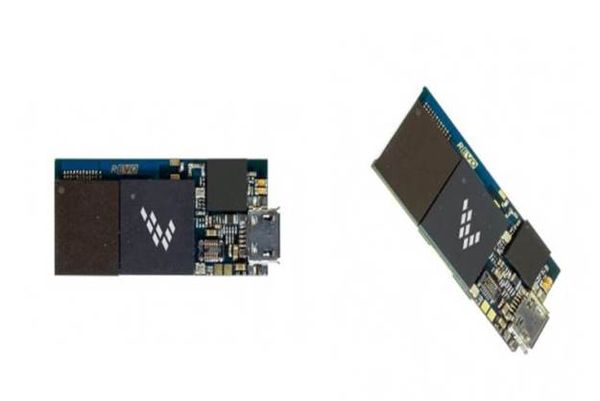 The WaRPboard Platform by Freescale is Being Demoed at CES 2014

Meghan Young — January 8, 2014 — Art & Design
References: warpboard.org & psfk
Share on Facebook Share on Twitter Share on LinkedIn Share on Pinterest
Wearable technology might be gaining a huge following these days, but that doesn't mean that it is very accessible; that is, unless the WaRPboard Platform has anything to do with it. Currently being demoed at CES 2014 in Las Vegas, Nevada, it is a development kit that allows people to "create and test their own wearable tech devices like smart glasses, smart watches, fitness monitors, and others," as reported by Psfk.

The core of the WaRPboard Platform is an uncased computer that works best when it doesn't require too much power and has wireless connectivity. The WaRPboard Platform was created by Freescale Semiconductor in collaboration with software company Kynetics and robotics company Revolution Robotics and is priced at $149.
5
Score
Popularity
Activity
Freshness
Get Trend Hunter Dashboard