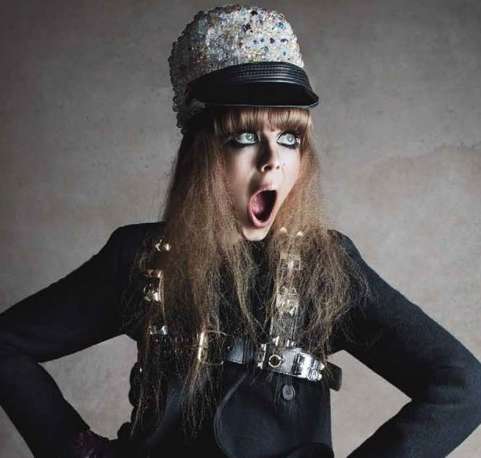 Jordy E — June 22, 2012 — Pop Culture
References: wmagazine & xaxor
The W Magazine July 2012 Edie Campbell editorial brandishes the model's comedic side. Campbell experienced a heady rise within her industry upon her Mario Testino-led Vogue feature, and has since worked alongside the teams at Nylon, Tank Magazine and Tatler.

The French photographer Patrick Demarchelier captured the tensions that are present here between this comedic albeit military-inspired spread. The assortment of tall caps displayed are reminiscent of those one would likely find in Soviet Union imagery, minus the hammer and sickle. And yet, despite the commanding vibe that is exhibited by these hats and the overcoats they are paired with, Demarchelier and Campbell have actually gone about the production in a playful manner with the UK beauty's surprised and coy expressions.