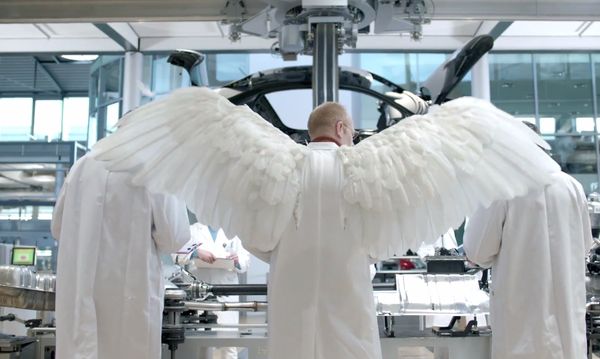 Jennifer Paul — January 28, 2014 — Autos
References: vw & mashable
Share on Facebook Share on Twitter Share on LinkedIn Share on Pinterest
This humorous Volkswagen Super Bowl ad plays on the fact that it has more vehicles on the road with over 100,000 miles than any other car manufacturer. That is pretty impressive and definitely a great point to make while thousands of people are watching.

The 60-second spot shows a conversation between a father and daughter explaining that the odometer clicked past 100,000 miles. He explains to his daughter that this a big deal but she does not see the importance. The father tells her, "What if I told you that every time a Volkswagen hits 100,000 miles, a German engineer gets his wings." All of the sudden, the automaker's employees are spontaneously sprouting wings.

The spot ends with the daughter being sarcastic and adding in, "Yeah dad, and I'm sure at 200,000 miles rainbows shoot out of their butts." Let's hope not, but that would be funny.