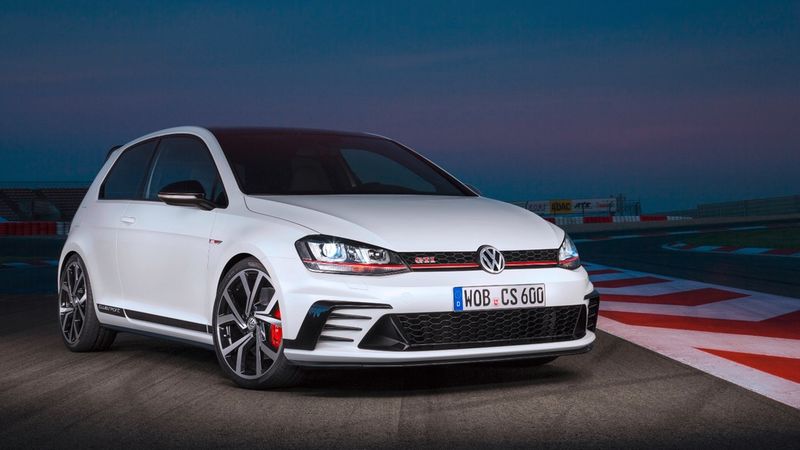 The Volkswagen Golf GTI Clubsport is Celebrating Its 40th Year

Rahul Kalvapalle — September 29, 2015 — Autos
References: volkswagen-media-services & gizmag
Share on Facebook Share on Twitter Share on LinkedIn Share on Pinterest
The Volkswagen Golf GTI Clubsport is a new vehicle that is being released to celebrate the 40th anniversary of Volkswagen's Golf GTI. Now if you're a close follower of all things Volkswagen, you'll probably have expected this one, because the company released special editions to celebrate the GTI's 20th, 25th, 30th and 35th anniversaries.

This vehicle comes with a power boost function, upgraded aerodynamics and a standard six-speed manual setup -- this gear setup is mated to an engine that sends the vehicle sprinting from zero to 100 km/h in a flat six seconds. As far as a fuel economy is concerned, the vehicle offers 100 km for 6.9 liters of fuel.

As far as style is concerned, the Volkswagen Golf GTI Clubsport features heritage styling cues from previous GTI models. Stylish, functional and high-tech, this vehicle is designed to take the GTI model into the future.
2.1
Score
Popularity
Activity
Freshness
Get Trend Hunter Dashboard