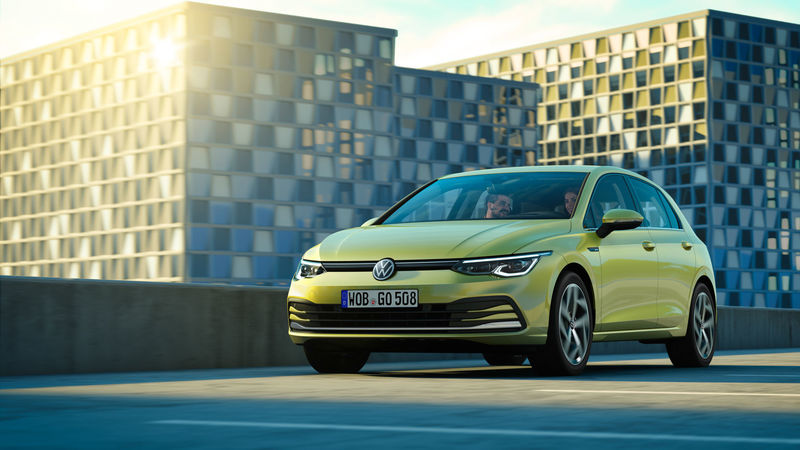 Daniel Johnson — October 28, 2019 — Autos
References: volkswagenag & engadget
Volkswagen has unveiled the eighth generation of its Golf vehicles. Most notably the eight generation line of vehicles will be available in five different hybrid options, three of which will be mild-hybrid cars, and the remaining two will be plug-in hybrids. The three mild-hybrid versions will be equipped with a 48V lithium-ion battery, while the plugin version will have a 13 kWh lithium-ion battery.

When designing the eighth generation of Golf vehicles, Volkswagen placed emphasis on the in-car display system. The new display system is similar to the one included in the ID3, which the company previously showcased in Frankfurt. The new system is available in either an 8.25 inch or 10-inch display.