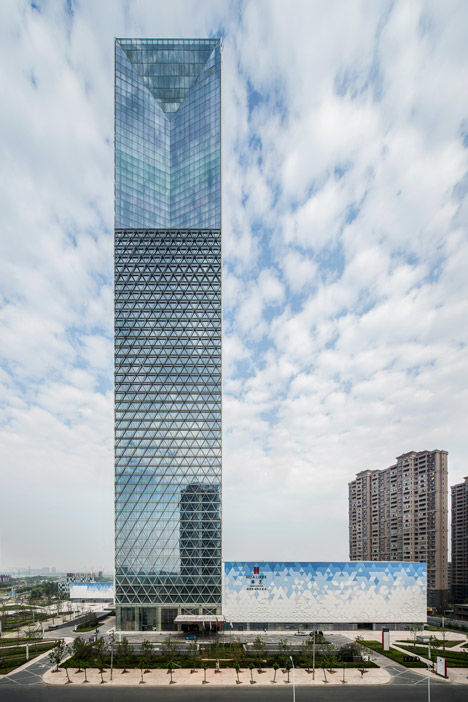 The most impressive feature of the skyscraper is its "great window." The great window occupies the top third of the building and slopes inwards, which gives this visually deceiving portion of the building a unique textural quality. The visual effect is made using triangular fins that trace its way up the four faces of the tower and create a distinct, yet subtle indentation.