Voting Booths of the Future 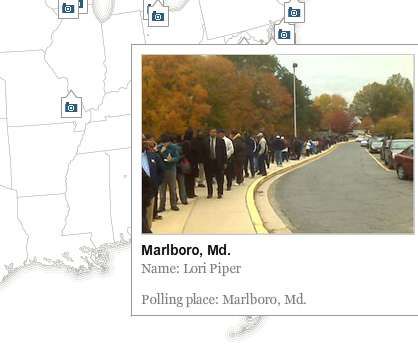 Part of that has included monitoring the polls, specifically scoping out photos and video footage at polling stations around the US.

Until we get the final election results and know who is president, we’ll have to stick with checking out photos like the ones above, care of the New York Times. The prestigious magazine has received a ton of photos from users, then grouped them through an interactive map.
1.8
Score
Popularity
Activity
Freshness
Access Advisory Services

Voting From Space
NASA Gets Political

50 Chewing Gum Creations
From Carnivorous Candy to Gum-Covered Cars, These Creations are Sweet