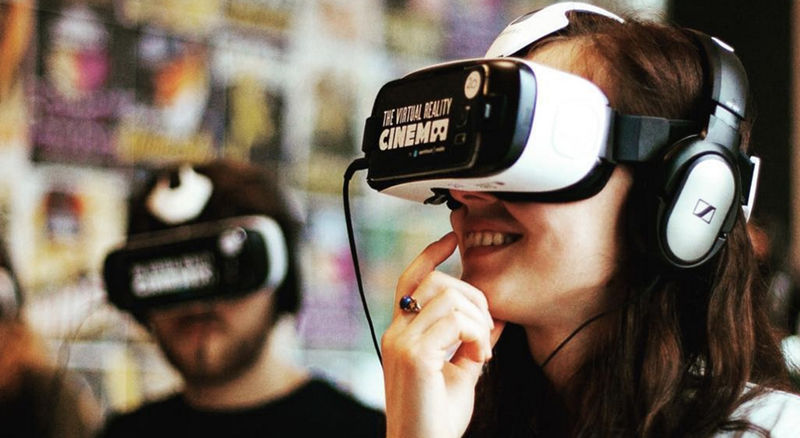 Alyson Wyers — March 28, 2016 — Pop Culture
References: thevrcinema & springwise
Share on Facebook Share on Twitter Share on LinkedIn Share on Pinterest
The world's first virtual reality cinema in Amsterdam gives movie-goers a more immersive experience than ever before. The VR Cinema, which has a new location in Berlin, Germany, uses Samsung Gear VR to further engage the audience, as well as headphones and 360 degree seating. This enables viewers to freely explore the film, but could detract from the communal experience of watching a movie.

The virtual reality cinema was originally a touring pop-up in Europe, but now has two permanent locations. The technologically advanced movie theaters show feature films that are specifically created for a virtual reality environment. Currently 'In Your Face,' about the European refugee crisis, is playing.

Following video games, this is likely the next major area of entertainment VR will function in.
5.9
Score
Popularity
Activity
Freshness
Get Better and Faster