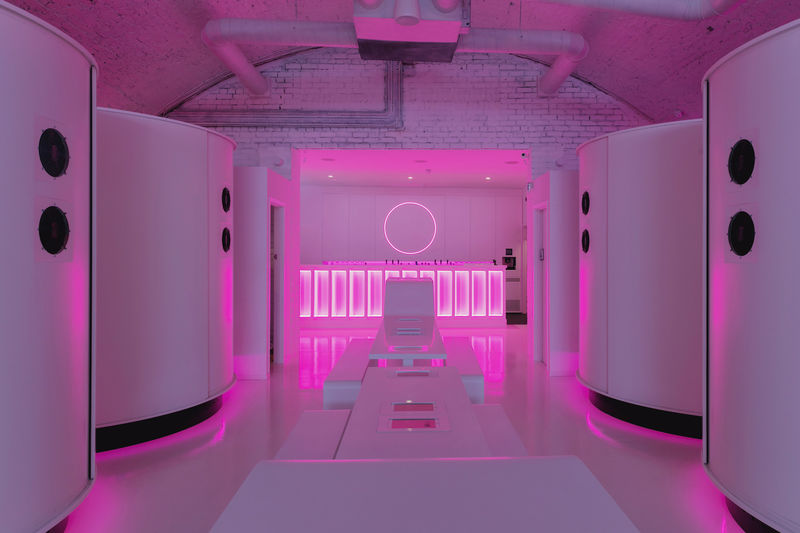 Kalina Nedelcheva — September 21, 2019 — Tech
References: other.world & dezeen
Architectural practice Red Deer realizes a neon-lit concept for a virtual reality entertainment space in east London. The activation fused the power of technology and its role in modern entertainment with the artistic influences of James Turrell who specializes in light design.

The concept is dubbed 'The Otherworld,' introducing an element of mystery and allure. The experience boasts a total of 14 immersive VR rooms, as well as a bar and a poke kitchen. The virtual reality entertainment space is described as a "neon jungle" and if the technology does not impress visitors, the aesthetic surely will as James Turrell taps "the altered perception of architecture through a combination of artificial and natural lighting," thus bringing a bridging quality to the experience in general.