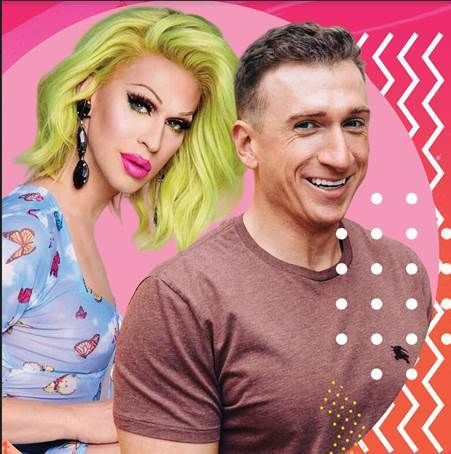 Riley von Niessen — June 9, 2020 — Pop Culture
References: friendlystranger & gofundme
Share on Facebook Share on Twitter Share on LinkedIn Share on Pinterest
With COVID-19 severely impacting the entertainment industry, as well as curbing Toronto's annual Pride Celebrations throughout the month of June, many servers, bartenders, performers and business owners have seen their livelihoods threatened—prompting a virtual drag show that aims to raise funds for The Village.

The event is set to run on June 16th, and is hosted by The Friendly Stranger in partnership with Brock McGillis and Brooke Lynn Hytes. McGillis, the first professional hockey player to openly come out as gay, and Hytes, a famed Canadian drag queen and the first runner-up on season of 11 of 'RuPaul's Drag Race,' will host the event. The pair will be joined by 12 Toronto queens, including Lucy Flawless, Juice Boxx, Gia Metric, and Boa.

The virtual drag show will see performances from each of the 12 queens and the hosts, and viewers will be encouraged to provide $10 donations to watch the event via Go Fund Me. The donations raised through the initiative will support the Glad Day Lit’s Emergency Survival Fund, which "directly supports those in the Church Street Village community who have been negatively impacted by COVID-19."
7.6
Score
Popularity
Activity
Freshness
Jeremy Gutsche Keynote Speaker