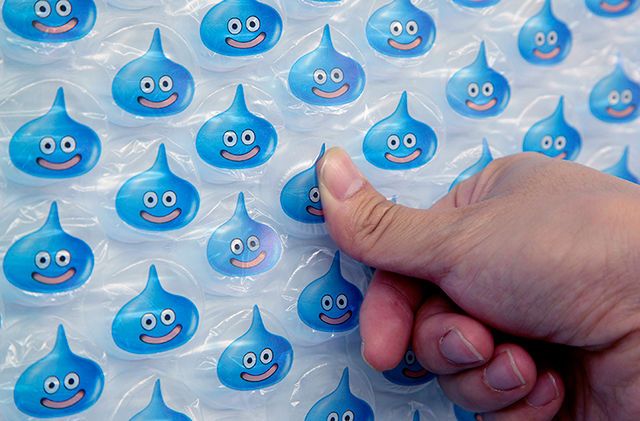 Laura McQuarrie — February 24, 2015 — Tech
References: jp.playstation & japantrends
Share on Facebook Share on Twitter Share on LinkedIn Share on Pinterest
As part of a fun video game marketing promotion for Dragon Quest, an interactive bubble wrap wall was set up in one of Tokyo's busiest subway stations. The irresistible wall draws in commuters of all ages, turning an otherwise boring wait for the train into an epic bubble-popping battle. Rather than pitting people against one another in true battle fashion, the 100,000 Slimes Battle in Shinjuku challenges people to work together, since prizes will be given away online when all of the bubbles have been popped.

The interactive wall will be up for about a week until March, so people will just have to keep popping as fast as they can. According to the stats on the 100,000 Slimes Battle in Shinjuku site, over 98,000 bubbles have been popped so far.