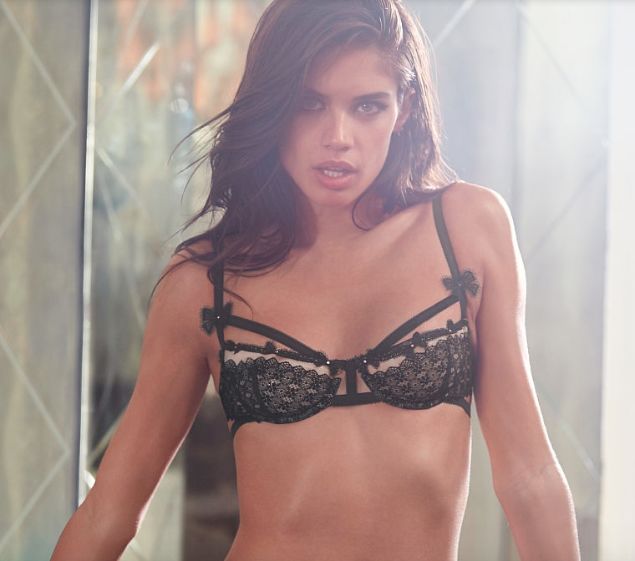 Meghan Young — June 12, 2015 — Naughty
References: victoriassecret & fashiongonerogue
Share on Facebook Share on Twitter Share on LinkedIn Share on Pinterest
The latest Victoria's Secret Lingerie ad campaign is a smouldering one, as it should be. Starring top model Sara Sampaio -- who was recently seen much more covered up in Harper's Bazaar Greece -- the photoshoot takes full advantage of her svelte frame and dark looks. She is clad in a predominantly black wardrobe, which brings even more mystery to her.

The Portuguese beauty also brings a touch of exoticism to the Victoria's Secret Lingerie ad campaign. Her voluminous long hair and bronzed skin will have people thinking of vacationing overseas in a split second. Yet those who would rather stay at home may very well have a better time with a few of these lingerie pieces on hand. At least they wil be able to indulge their inner seductress.
6.8
Score
Popularity
Activity
Freshness
Attend Future Festival Virtual