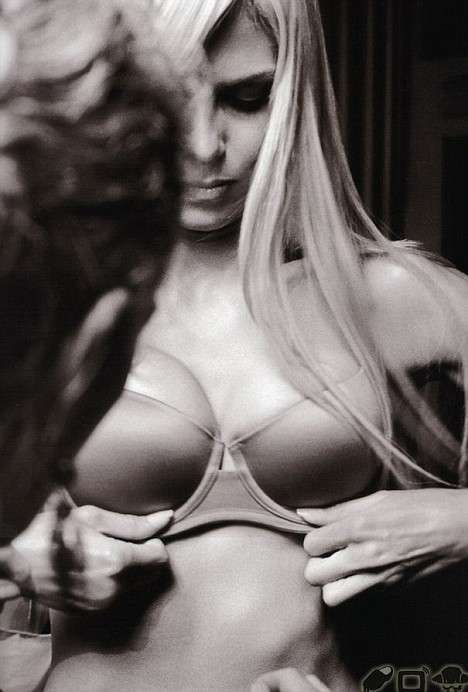 Alessandra Ambrosio & Gisele at Victoria's Secret Behind The Scenes

Interestingly, the new concept helps the brand to convey that their product and image are beautiful, even behind the scenes. Clever.

We’ve seen them heat up the Victoria’s Secret catwalk, but now we have white hot backstage candid pictures of some of the world’s hottest supermodels.

While Heidi Klum was singing with her husband Seal and the Spice Girls launched their comeback on stage, models like Gisele Bundchen, Adriana Lima, Marisa Miller, and Doutzen Kroes were quickly changing backstage.

The world’s highest paid supermodel, Gisele, is seen in a black lingerie ensemble, while American model Marisa Miller is caught adjusting her bra. Backstage assistants were all over Adriana Lima, making sure the ribbons of her skimpy piece were all in the right positions.