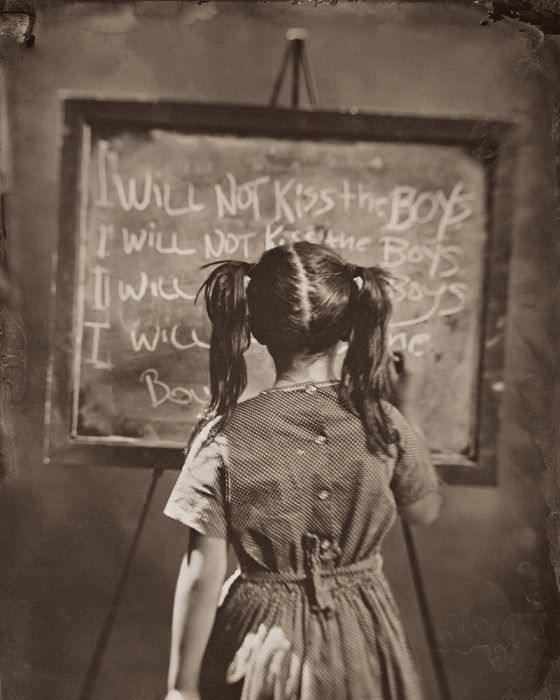 Meghan Young — March 14, 2014 — Fashion
References: jamiejohnsonphotography & mymodernmet
The photo series titled Vices by Jamie Johnson, a photographer based in Los Angeles, California, explores a few concepts. On the surface, it captures naughty children who are being punished for their vices, hence its title. Bringing to mind the opening credits of 'The Simpsons,' it shows them writing on a chalk board repetitive sentences starting with 'I will not.'

Yet the vintage look of the photo series titled Vices by Jamie Johnson also says a lot. The photographer reveals, "This series 'Vices' was photographed with a wet plate collodion process that I feel illustrated the magical innocence of youth alongside the darker recesses of human nature. A vintage perspective on childhood, punishments with a little humor." The juxtaposition is perfect.
2.6
Score
Popularity
Activity
Freshness