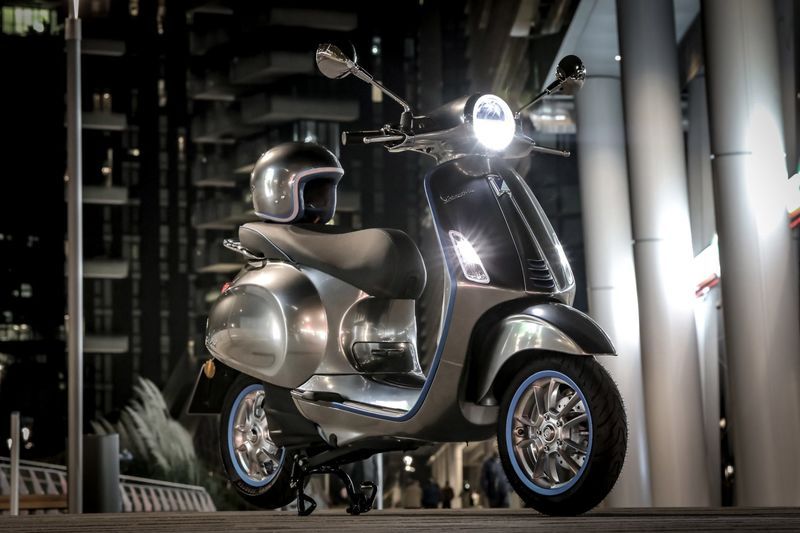 Piaggio's Vespa Elettrica is Set for Distribution in Spring 2018

Joey Haar — November 18, 2017 — Autos
References: vespa & dezeen
Share on Facebook Share on Twitter Share on LinkedIn Share on Pinterest
Piaggio's Vespa is perhaps the best known scooter in the world, with a decades-old history of transporting riders through narrow city streets, but the brand is embracing the future with the Vespa Elettrica. Previously put forward in concept form, Piaggio has officially announced the upcoming release of the fully electric scooter, with a Spring 2018 launch date.

Aside from the obvious environmental benefits of an electric scooter over a gas-powered one, Piaggio is excited about a potentially overlooked aspect of the Vespa Elettrica. The scooter runs nearly silently, eliminating the insectile razzing of the traditional scooter. This promises to make densely populated urban streets quieter and thus more livable.

There are two models of the Elettrica: the standard is fully electric, while the Elettrica X has a hybrid gas engine to double its range to 200 kilometers.
3.6
Score
Popularity
Activity
Freshness
Get Better and Faster