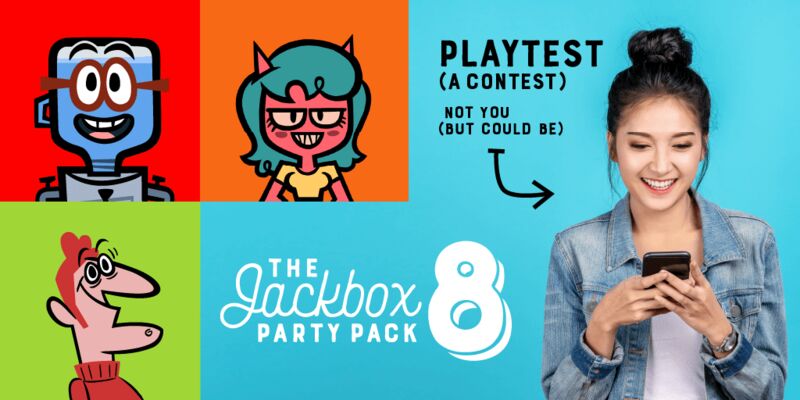 Grace Mahas — July 28, 2021 — Tech
References: jackboxgames & jackboxgames
Share on Facebook Share on Twitter Share on LinkedIn Share on Pinterest
Jackbox Games, the popular digital gaming platform great for groups, recently announced its searching the nation for its very first VIP – 'Very Important Partier.' The exclusive title will allow one lucky fan to throw a party for their eight closest friends and be the first to try the yet-to-launch party pack. The Jackbox Party Pack 8 will feature five fun-filled new games including Job Job, The Poll Mine, Drawful: Animate, The Wheel of Enormous Proportions, and a secret game.

To enter the Very Important Partier contest, fans will have to create a 1-minute commercial for the unreleased Party Pack 8. Next, upload the ad to Instagram, Twitter, TikTok, or Facebook with the hashtag #JBGPlaytestContest in the caption and tagging @playjackboxgames. In addition, entrants must fill out a form online. The contest closes on August 3rd, 2021.