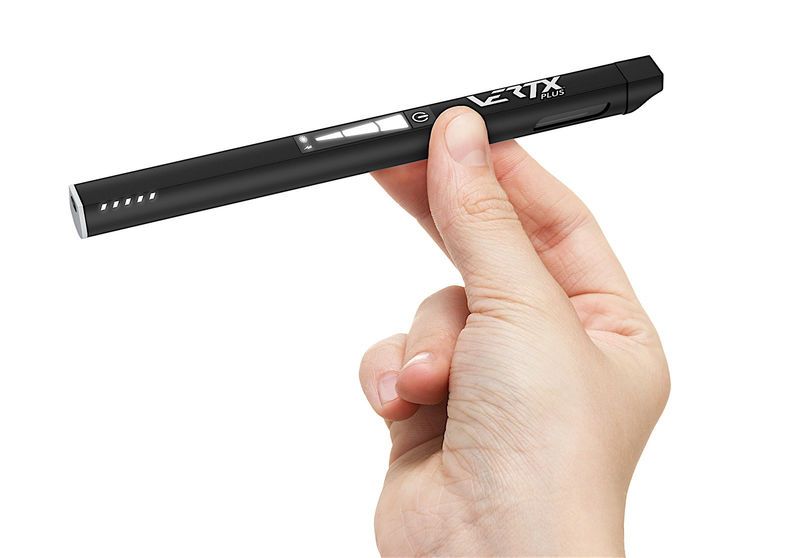 Joey Haar — July 28, 2016 — Lifestyle
References: v2 & engadget
Share on Facebook Share on Twitter Share on LinkedIn Share on Pinterest
E-cigarettes are already hugely popular, so it's hard to believe that they could be substantially changed in any way, but the new VERTX e-cigarette does just that by becoming the first micro e-cig to have a built-in touchscreen. The screen allows vapers to adjust the heating element's voltage and to change settings for the VERTX e-cigarette's LED indicators.

Aside from the literal flashiness of the VERTX's touchscreen, the e-cig bests similarly sized devices in other ways, too. The heating element offers a purported 650 puffs per cartridge, which is three times more efficient than competing devices. It also claims to have the longest battery life of any micro e-cigarette.

The addition of a touchscreen may be minor, but in the competitive e-cigarette market, that may be enough to put the VERTX e-cigarette above the rest.
4.8
Score
Popularity
Activity
Freshness
Jeremy Gutsche Keynote Speaker