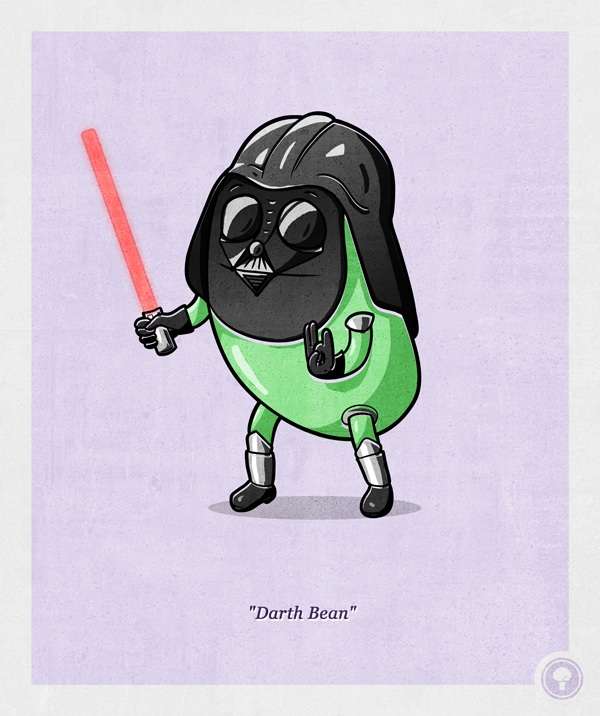 Matt Ho — September 20, 2011 — Pop Culture
References: comeverdura.ar & bldgwlf
Share on Facebook Share on Twitter Share on LinkedIn Share on Pinterest
While Paul McCartney’s well-documented vegetarianism is quite fitting in the Verdura Character Series, it's hard to believe Darth Vader could transform into food that hasn’t been farmed and killed. Yet, in this interesting veggie portrayal, he pulls it off well.

The Verdura Character Series is a collection of hilariously cute illustrations that transform well-known pop cultural figures into vegetables. The artist also changes their name to be more veggie appropriate. Instead of the menacing, staff-killing Darth Vader, he’s now Darth Bean, a chubby veggie whose looks almost makes up for his villainous ways. The illustrations include other pop cultural icons such as Bruce Lee, Harry Potter, Lady Gaga and Michael Jackson.

The Verdura Character Series is a great collection of artwork that marries celebrities and vegetables in a creative and hilarious manner.
6.2
Score
Popularity
Activity
Freshness
Get Trend Hunter Dashboard