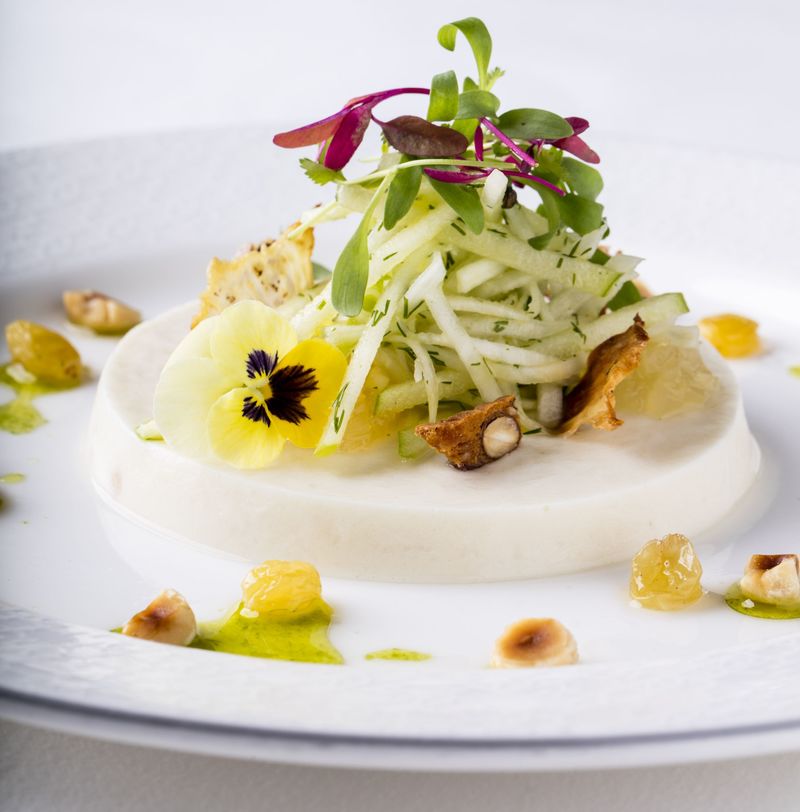 A three-course meal has been designed by Grosvenor House's executive chef Nigel Boschetti and Head Chef of BAFTA 195 Piccadilly, Anton Mangaaro, to show off the best produce from Britain. The plant-based starter is a celeriac cream and apple jelly that is to be served with pickled celeriac and apple, golden raisins, seeded crackers, as well as toasted hazelnuts. At the event, guests will also be treated to a main course of meat, or alternatively, a vegetarian option.

Although vegan guests have been catered to previously at the event, the serving of this vegan starter will mark the first time that no meat alternative will be offered.
0.9
Score
Popularity
Activity
Freshness
Get the 2021 Trend Report FREE