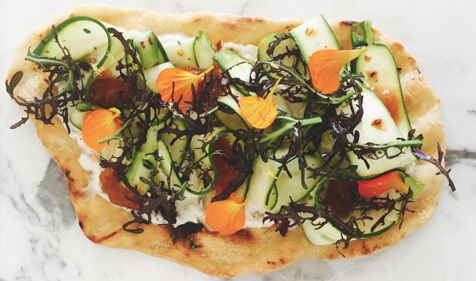 Laura McQuarrie — January 6, 2016 — Lifestyle
References: matthewkenneycuisine & vegnews
Matthew Kenny is known as a masterful vegan chef behind Plant Food + Wine in California—and soon, he will also be known as the force that brought the world many vegan pizzas through a new concept called '00 + Co.'

00 + Co is set to open in New York City's East Village, featuring a menu of wood-fired, vegetable-based pizzas. As far as how the vegan adaptations will be prepared, the pizzas will be topped with a variety of nut-based cheeses, pestos and an assortment of other vegan-friendly condiments that remind of pizza's indulgent Italian roots. The double zero in the eatery concept's name is meant to allude to the fine Italian-inspired flour that's used in the pizzeria's dishes.

While there has been a surge in mock meat products for vegans and vegetarians in the past few years, consumers seem to be favoring a return to simplicity and ingredients purely from the earth.
1.5
Score
Popularity
Activity
Freshness