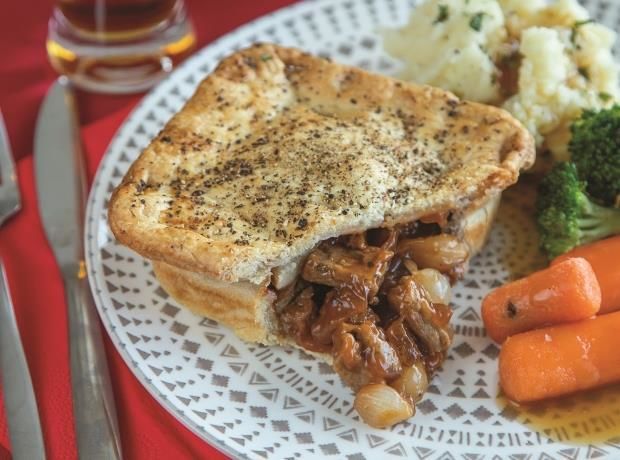 Michael Hemsworth — December 17, 2019 — Lifestyle
References: francedelices & conveniencestore
Share on Facebook Share on Twitter Share on LinkedIn Share on Pinterest
These two new vegan pies have been announced by Delice de France to offer consumers a way to enjoy the flavor of savory pies without having to worry about any animal ingredients in the mix. The two new pies include the Fake & Ale square pie, which is filled with steak-style strips along with onions in a vegan ale sauce, while the Saag Mangalore square pie has cauliflower, spinach, lentils and chickpeas in a a spicy sauce. Both the products will be right at home amongst the brand's other vegan-friendly products that speak to the changing diet of many consumers.

Delice de France Sales Operations Director Jenny Bayliss spoke on the new vegan pies saying, "From Meat-Free Monday to the rise of Veganuary, plant-based diets have taken centre stage as consumers look to reduce or remove animal products from their diets. The growth of those interested in vegan or meat reduction diets looks set to continue, and with it there’s an increased expectation to see more vegan options widely available across all categories."
1.7
Score
Popularity
Activity
Freshness
Get Trend Hunter Dashboard