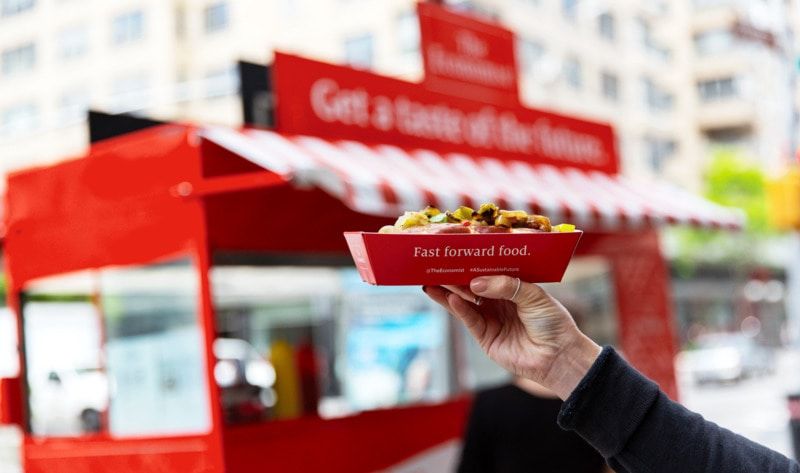 Laura McQuarrie — May 29, 2019 — Eco
References: economist & vegnews
As part of its ongoing #FeedingTheFuture campaign, The Economist has taken to the streets with a range of thought-provoking food and beverages, including everything from insect-infused ice cream and smoothies made with so-called "ugly fruit" to coffee made with used grounds—and for its latest venture in NYC, The Economist is serving free vegan hot dogs.

The Economist has deemed 2019 "The Year of the Vegan" and it is putting a spotlight on meat alternatives. At The Economist's iconic red hot dog stand, people will be able to sample plant-based hot dogs made with Beyond Sausage. As well as giving people the chance to taste the innovative meat alternative, the hot dog cart also helps to promote an article from The Economist's sister publication called "I Can’t Believe It’s Not Beef."
7.6
Score
Popularity
Activity
Freshness