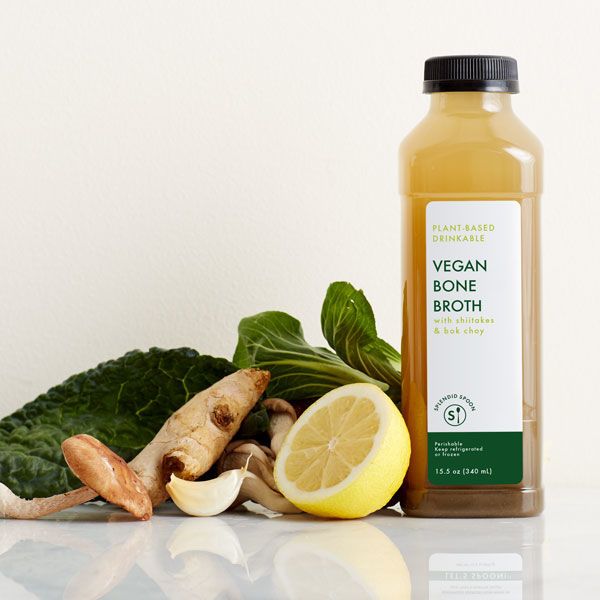 Laura McQuarrie — September 23, 2017 — Lifestyle
References: splendidspoon
Share on Facebook Share on Twitter Share on LinkedIn Share on Pinterest
Many omnivorous consumers have become interested in protein-rich bone broths, but Splendid Spoon caters to those who favor plant-based eating with its Vegan Bone Broth. The drinkable, bottled broth is made with a base of shiitake mushrooms, bok choy and the nutrient-dense spirulina algae. Other ingredients in the broth include pumpkin seeds, thai basil and savory soup seasonings like rosemary and black pepper. As a whole, the plant-based bone broth alternative is said to have a rich umami flavor.

The nourishing bone broth alternative is currently included on Splendid Spoon's Soup Cleanse menu, alongside a range of other nourishing, detoxifying lunch and breakfast options. Some of the other unique drinkable products that Splendid Spoon is currently offering for the season include Parsnip Apple, Cauliflower Coconut and a Carrot Turmeric Elixir.
2.6
Score
Popularity
Activity
Freshness
Jeremy Gutsche Keynote Speaker