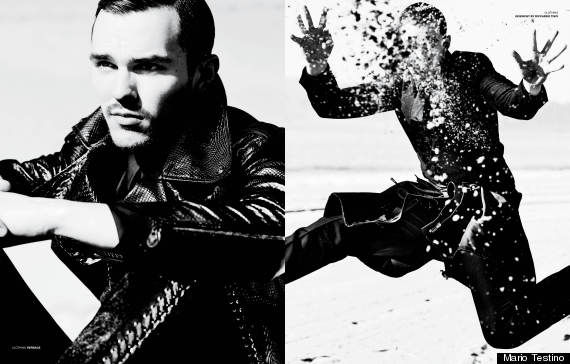 Meghan Young — March 12, 2014 — Fashion
References: vman & refinery29
The V Man Spring 2014 issue is the one every fan of Jennifer Lawrence has been waiting for. Although it doesn't star a lick of her, it is covered by her on-again boyfriend and fellow actor Nicholas Hoult, who has finally opened up a bit about their top secret relationship. Looking dapper in all-black ensembles while playful throwing sand about, it is easy to see why she's so smitten.

Shot by Mario Testino, the V Man Spring 2014 cover shoot is accompanied by an article in which he is quoted saying, "It’s like that thing whereby you don’t believe your own hype. [...]I think that’s something she’s capable of doing, and that’s what makes her special, but yeah, it is very odd, and I am just kind of a bystander in many ways. It is well-deserved for her."
5.2
Score
Popularity
Activity
Freshness