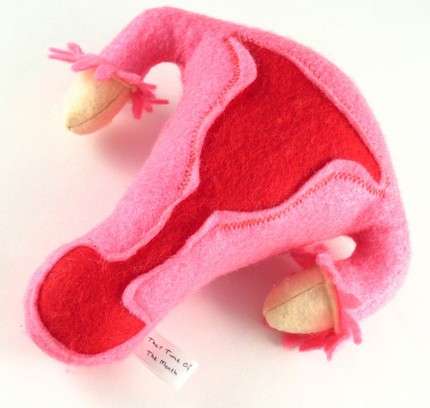 Pearl — May 18, 2008 — Unique
References: etsy
That time of the month can get to be more than a downer for many women. It's no wonder mensturation is often called "The Curse". Well, with aBitaBite's hand-crafted, anatomically correct uterus pin cushion, women can now exact revenge without feeling the need to rip out their organs. They can stab pins into the cushion, repeatedly as often as they wish. As the designer says "Show it who really is boss". The rush of endorphins would surely save on painkillers too.

She also adds "Be it a rough time on the rag, or a menopausal mood swing, That Time Of The Month will be there for you in a way your mother never was."

Check out some more voodoo-inspired designs: