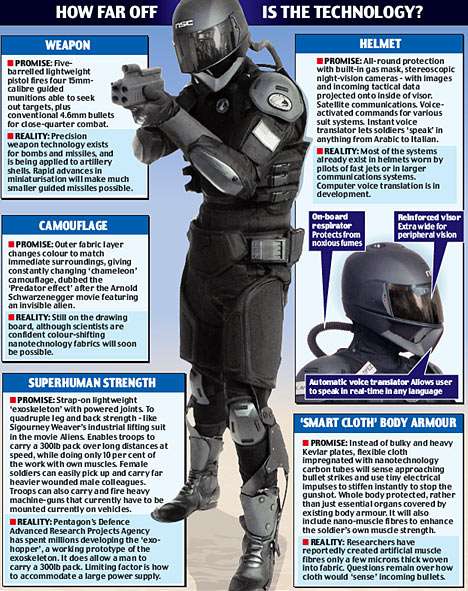 Justin Good — April 10, 2007 — Unique
References: dailymail
The future vision of the "bionic warrior" is coming sooner than you might think. As you can see from the picture, the "Pentagon's Future Warrior Concept" truly looks something straight out of a sci-fi thriller like Robocop. The solider of the (near) future will be outfitted with a "powerful exoskeleton, a self-camouflaging outer layer that adapts to changing environments and a helmet which translates a soldier's voice into any foreign language." In addition, the future solider will be equipped with "intelligent amour, which remains light and flexible until it senses an approaching bullet, then tenses to become bulletproof."
6.6
Score
Popularity
Activity
Freshness