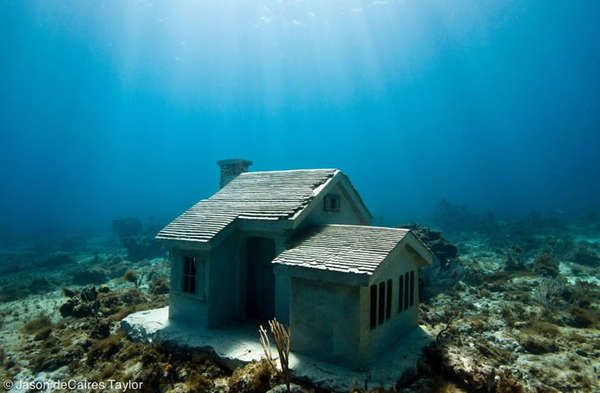 Meghan Young — September 27, 2012 — Eco
References: underwatersculpture & psfk
Share on Facebook Share on Twitter Share on LinkedIn Share on Pinterest
Urban Reef by Jason deCaires Taylor is yet another endeavor to colonize the deep sea as though it were above ground. Instead of swarms of people, or people as they would be living in the home, these submerged sculptures revolve around the houses they live in themselves. Instead of made for humans, however, they are fit for fishes.

Motivated by the rising pollution levels in the ocean, which has caused the death of corals, Urban Reef by Jason deCaires Taylor hopes to provide another alternative to sea creature habitats. Located off the coast of Cancun, Mexico, it expands his sculpture park in West Indies, which has incidentally been listed as one of the Top 25 Wonder of the World by National Geographic. Urban Reef will surely soon follow.
5.8
Score
Popularity
Activity
Freshness
View Innovation Webinars