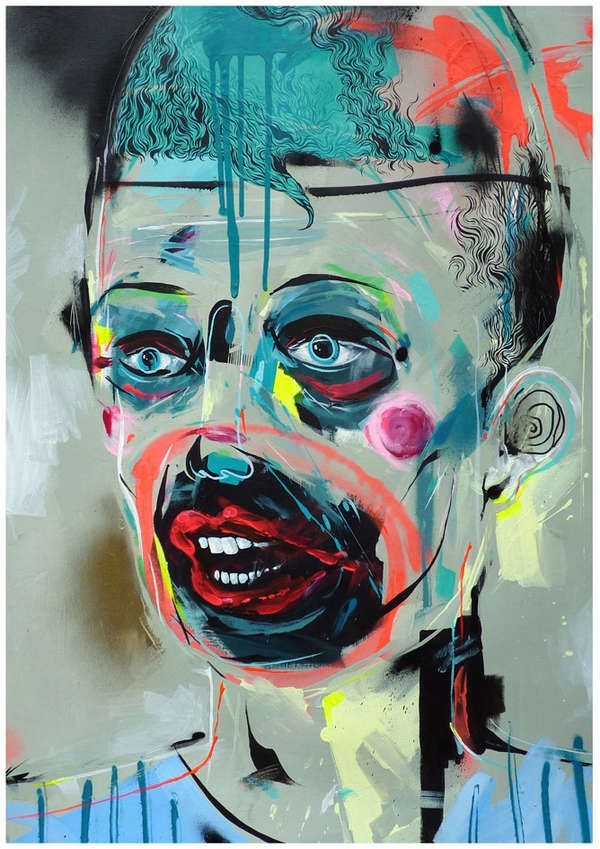 Each painting in Carr's series is a depiction of one or more figures situated against a city backdrop. However, instead of painting the city as it might appear to the casual passerby, Carr alters the cityscape, injecting it with neon colors and warping its lines with swirling brushstrokes. The resulting landscape is barely recognizable as a city, but still invokes that sense of hypnotic power generally produced by a busy city.

The figures featured in Carr's paintings are just as altered as their backdrops. Carr uses an abstract style that warps the figures' facial features so that mouths might exist on foreheads and eyes might blur together to form a cyclops. This creates the feeling that these people are blending into their backgrounds, or becoming part of the city itself. This attitude makes for an incredibly effective portrait series that channels perfectly the overwhelming sensations experienced by city goers who want to both blend into and stand out of their surroundings.
3.6
Score
Popularity
Activity
Freshness
Get Better and Faster