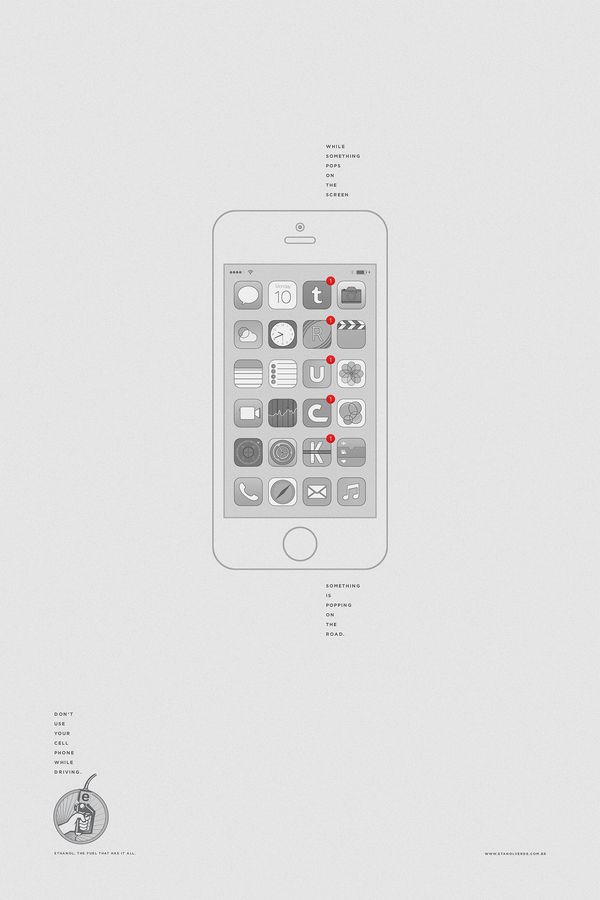 Meghan Young — May 24, 2014 — Autos
References: loweandpartners & adeevee
There are tons of safe driving messages revolving around alcohol and texting, but Unica Ethanol Verde ad campaign focuses on the cell phone as a whole when it comes to the driver's safety. A handheld distraction, smartphones are chock full of fun apps, social media shortcuts and more that people can't seem to tear themselves away from even when doing something that should remain separate.

Conceived and executed by Borghi/Lowe, an ad agency based in Sao Paulo, Brazil, the Unica Ethanol Verde ad campaign lets the iconic image of the iPhone fade into the backdrop with the red notifications stand out in stark contrast. Art directed by Pedro Reis with creative direction Fernando Nobre and Fabio Brigido, the Unica Ethanol Verde ad campaign brings awareness easily avoided dangers of the road.
3.4
Score
Popularity
Activity
Freshness