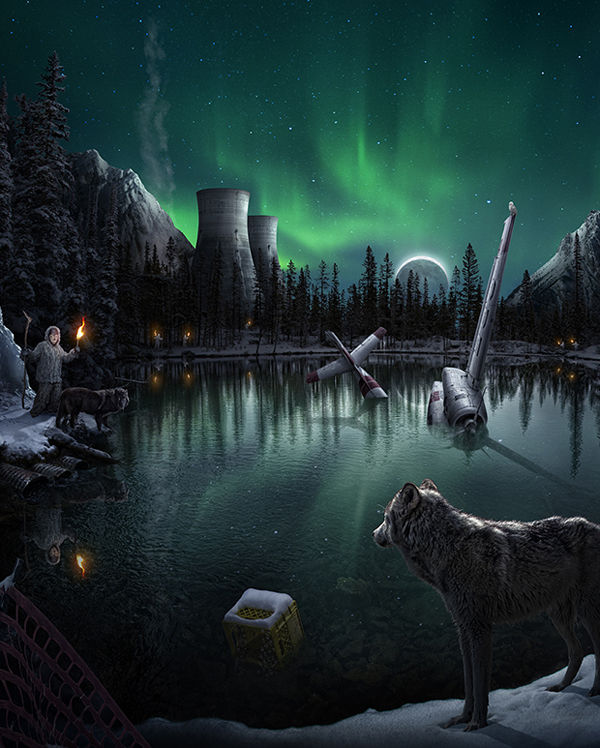 The Ultima II Series Visualizes Human Civilization in the Future

Rahul Kalvapalle — May 8, 2014 — Art & Design
References: nick-pedersen & visualnews
Artist Nick Pedersen's 'Ultima II' is a series of post-apocalyptic visualizations that expand on the themes and concepts explored by the original series, Ultima I.

Ultima II depicts a world containing lifeless remnants of its past. Long-dormant nuclear plants lie dormant, while the wrecks of cruise ships crumble on the shores and remnants of street art remain, no longer understandable or recognizable.

The landscape is not completely lifeless however, as it's occupied by mysterious humans and their dogs, who are seen living in wintry landscapes lit by northern lights up in the sky.

Their style of life is shown to be rather primitive -- they warm themselves using open fires for example -- but they still appear content. This kind of depiction is intended to prompt the user into wondering about what may happen if and when modern society implodes, and if the consequences that follow might actually be a good thing.