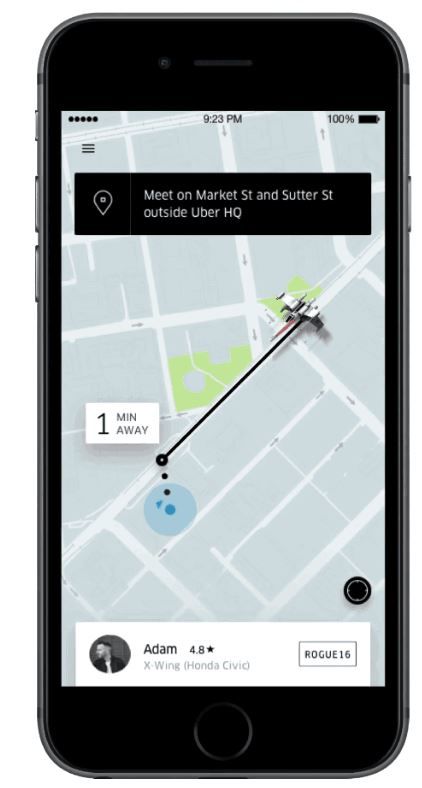 Joey Haar — December 12, 2016 — Marketing
References: newsroom.uber & techcrunch
Uber and Rogue One, the upcoming film in the Disney Star Wars franchise, have teamed up to promote the new film through the popular ridesharing app. Various aspects of the app have been tweaked to reference the Star Wars film, with Uber riders getting early access to exclusive videos about the new film.

To use the Uber and Rogue One features, riders open up the app when they want to request a ride and click on the 'Rogue One: A Star Wars Story' card. This will make small changes within the Uber app, such as turning the moving car icons into X-Wing space ships and giving riders access to exclusive videos that aren't available through any other medium.

Uber has made recent efforts to update its app and turn it into a more immersive experience, so the Rogue One collaboration is mutually beneficial.
2.6
Score
Popularity
Activity
Freshness