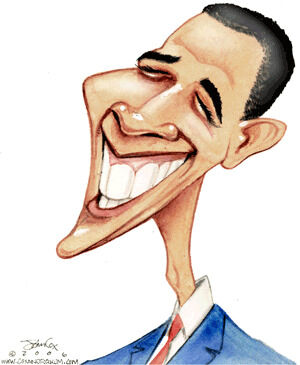 Obama just beat out Kevin Rose, a cofounder of digg.com, who had 56,442 when the news broke that Obama surpassedhim. In third place was Leo Laporte followed by Alex Albrecht and MarsPhoenix in fifth. Directly after them were Jason Calacanis, Robert Scoble, CNN Breaking News, Veronica and John C. Dvorak in 10th.


We've seen such a tremendous amount of Obama-related media in the news, in magazines, on the web, and even in Trend Hunter's own posts -- and we don't do boring news -- that Obama's enormous fan base is incredibly evident.

Barack Obama isn't a compulsive Twitter user. In fact, he's only made 7 updates this month. His last was two days ago reading, "Announcing the VP candidate sometime between now & the Convention by txt msg & email. Text VP to 62262 or visit http://my.barackobama.com/vp."