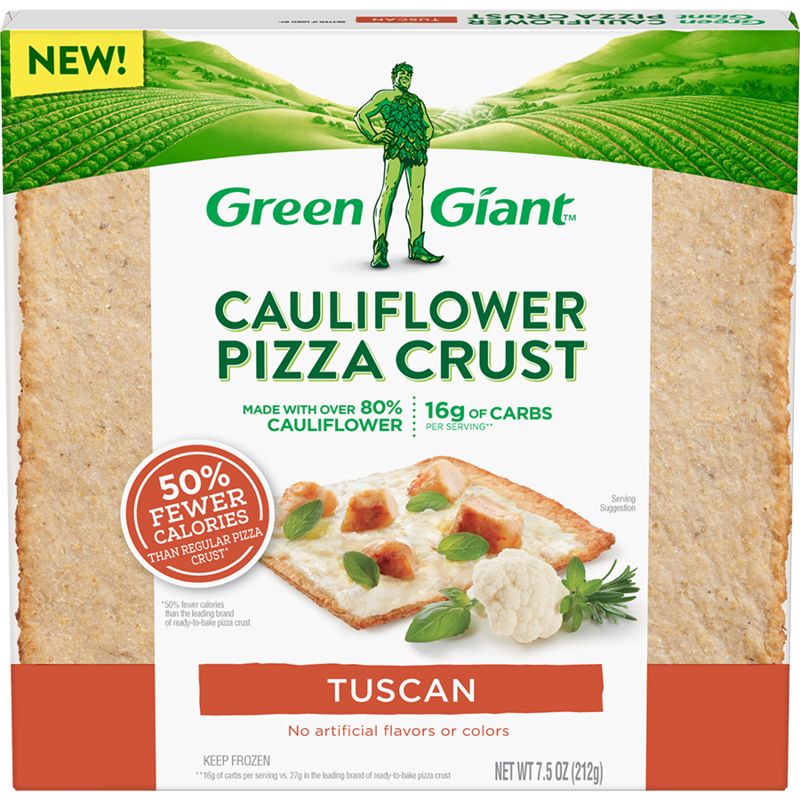 Green Giant's Tuscan Cauliflower Pizza Crust is Made with Spices

Katherine Pendrill — August 26, 2018 — Lifestyle
References: greengiant & delish
Share on Facebook Share on Twitter Share on LinkedIn Share on Pinterest
While it may seem like every pizza company has tried their hand at cauliflower crust, Green Giant is going above and beyond its competitors with its new Tuscan Cauliflower Pizza Crust. Not only is the frozen crust packed with veggies, but it also features a medley of authentic Italian spices that will give your pizza a burst of flavor.

Green Giant's Tuscan Cauliflower Pizza Crust is a frozen crust that is made from 80% cauliflower -- which is far more than most veggie crusts on the market. As a result, one serving of the crust packs just 16 grams of carbs and 50% fewer calories than regular pizza crust. But despite the veggie-heavy makeup, the crust is bursting with flavor, thanks to the addition of several Italian spices, including garlic powder, basil, dried oregano, thyme, rosemary, and parsley.