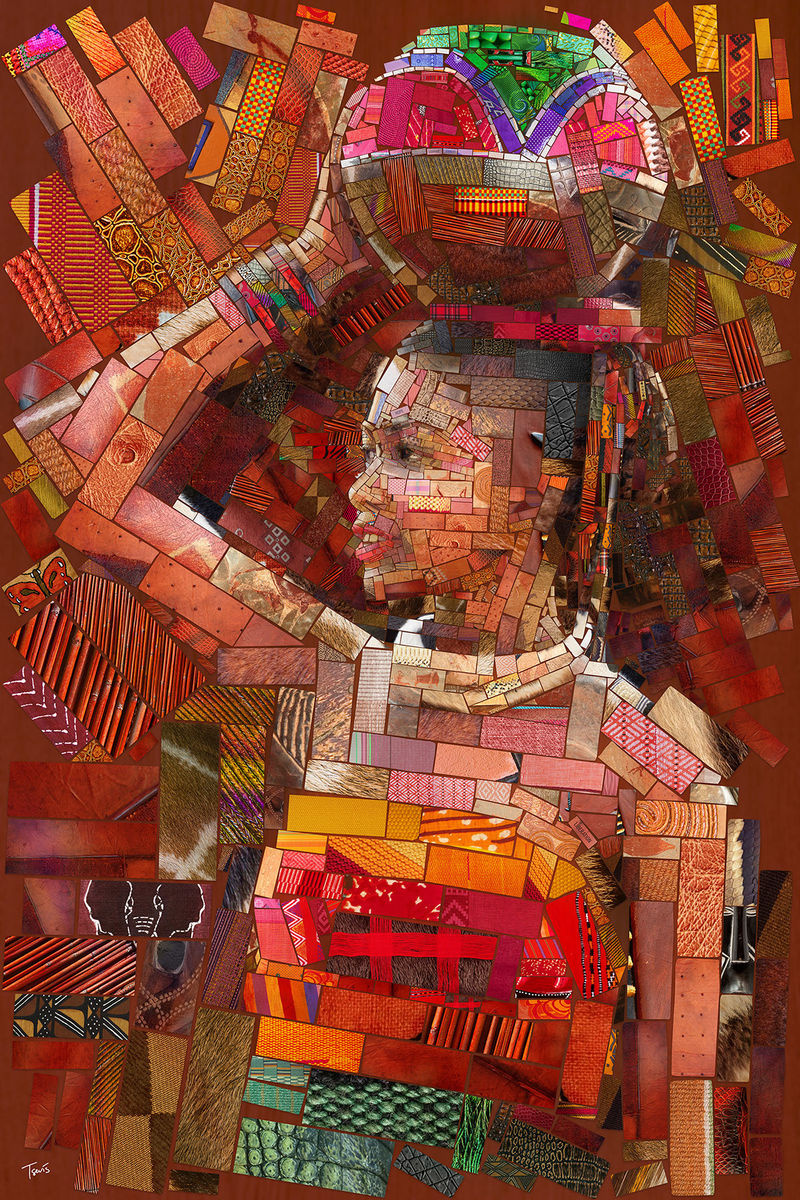 Riley von Niessen — July 3, 2017 — Art & Design
References: tsevis & fubiz.net
Share on Facebook Share on Twitter Share on LinkedIn Share on Pinterest
Charis Tsevis, a Greek artist who has been celebrated in the past for his immaculate mosaics of athletes from the Rio games, Spanish footballers, and his digitally-inspired portraiture of entrepreneurs like Mark Zuckerberg, recently added to his collection of mosaics with a series that aims to celebrate South African culture.

It's reported that the series was originally inspired by Nelson Mandela's home in Soweto, Johannesburg, which is where its name 'African Bricks' stems from. By using vibrant colors and traditional imagery, Tsevis celebrates the "standardized South African houses criticized during the Apartheid," in which "flamboyant illustrations become symbols or courage and creativity."

The pieces were made in celebration of the zulu king Shaka, and take inspiration from the Zulus, Ndebele, and Xhosa.
2.4
Score
Popularity
Activity
Freshness
View Innovation Webinars