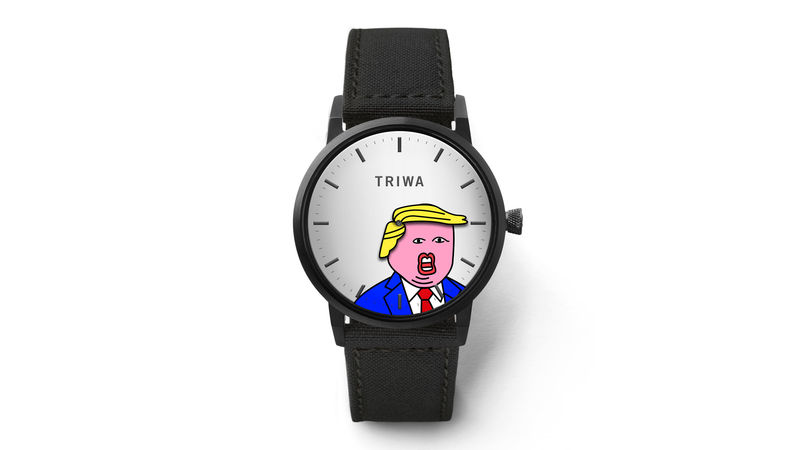 Kalina Nedelcheva — May 7, 2019 — Pop Culture
References: triwa & dezeen
The limited edition Trump watches by Swedish company TRIWA are quite playful, daring and entertaining. For April Fool's 2019, the brand released a concept of a timepiece that spotlighted a cartoon version of the American president where his hair is split into two to form the hands of the clock. The tongue-in-cheek design received quite an ovation, with hundreds requesting the product be developed for market. As a result, TRIWA announced three days later that Trump watches were available for pre-order, with only 1,000 to be produced.

Although the company "wasn't expecting any commercial power," the interest in the launch of the timepieces speaks to the politically oriented consumer and the winning combination of politics and humor.
8.2
Score
Popularity
Activity
Freshness