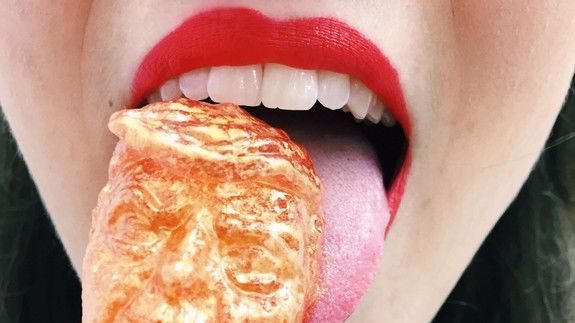 Proceeds from the 'Trump Sucks' Treats Go to Planned Parenthood

The lollipops, which are made to look like the 45th US president, run for $6.23 USD each. Although this price might seem a little high for a single lollipop, the company's intention is to raise money for Planned Parenthood, which Trumpcare defunds. By donating its proceeds to Planned Parenthood, Smith & Sinclair aims to ensure that people have access to STI/STD testing and treatments, contraception, abortion, and the various other health services that it offers.

Although the first 500 Trump Sucks lollipops have already sold out, those interested in donating to the cause, and getting a politically themed treat to go along, can still place their orders for the next batch.
2.5
Score
Popularity
Activity
Freshness
View Innovation Webinars