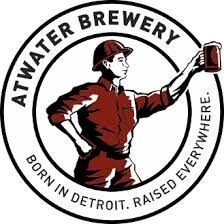 Grace Mahas — October 29, 2019 — Lifestyle
References: atwaterbeer & brewbound
The Detroit Pistons, a basketball team based in Detroit, recently collaborated with Michigan-based brewer Atwater Block Brewery to launch the new 'Triple Double' ale. This light beer is a low-calorie beverage that will be available to purchase at Little Caesars Arena when the Pistons are playing as well as stores in the Michigan area. The Double Triple ale boasts a 3.2 ADV and features both the Pistons logo and the Atwater Brewery logo.

Mark Rieth, the owner of Atwater BRewery, stated: “As Detroit’s hometown brewer, what better way is there than to pay homage to Detroit Basketball and the Pistons. Achieving a triple double in a game is an amazing accomplishment and should be rewarded with an amazing low calorie, low alcohol, great tasting Detroit-made beer that won’t slow you down."
3.9
Score
Popularity
Activity
Freshness