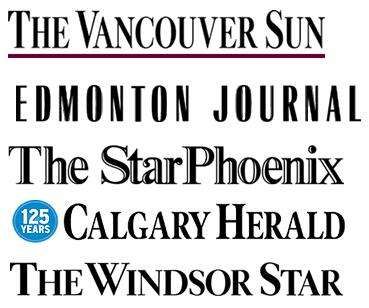 Bianca — June 2, 2008 — About
References: canada
Share on Facebook Share on Twitter Share on LinkedIn Share on Pinterest
Chief Trend Hunter, Jeremy Gutsche was cited in several newspapers this week regarding trends he saw emerging as a direct result of soaring fuel prices. The article was printed in five Canadian newspapers on June 2, 2008, specifically, The Vancouver Sun, The Calgary Herald, The Saskatoon Star Phoenix, The Edmonton Journal and The Windsor Star.

The article, written by Misty Harris, is shown below:

Oil makes its mark on jewellery to T-shirts

Consumer obsession with the high cost of crude - and the price of gas at the pumps - is leading to an oil spill into all corners of popular culture.

Everyone from the Hollywood moguls behind such “black gold” films as the Oscar-winning There Will Be Blood, to fashion designers and home decor companies is catering to consumers who want to make a slick statement about oil.

“Fashion, like pop culture, never misses an opportunity to react to the times,” says Kim Blank, a professor at the University of Victoria, whose expertise includes social trends.

“With oil at its highest prices ever, and with environmentalists dooming and glooming, ‘black gold’ has become a hot topic.”

An online retailer is selling T-shirts, hoodies and tank tops that read “Will Work for Fuel”; a jewellery designer is marketing oil-barrel rings; bracelets and necklaces are engraved with the date they were made and the price of crude oil on that day; and a German design collective has produced an artful coffee-service set substituting a gold-plated fuel canister for the traditional pot. The creators say the slowly depleting java dispenser is a metaphor for the world’s diminishing oil supply.

It’s easy to see that in the shifting tide of popular obsessions, black is the new green.

“The timing for oil bashing is perfect,” says Jeremy Gutsche, editor of the Toronto-based website trend hunter.com. Gutsche believes the movement of crude into the style sphere is being propelled by a sense of shared economic pain, the impact of war, and the fact that younger people - who tend to drive pop culture - are the ones being hit hardest at gas stations. They also are the most likely to gravitate toward lower-priced “statement” items such as Bob McCarty Shop’s “Will Work for Fuel” apparel, which retails for $13 to $31 on cafepress.com.

At the higher end of the spectrum is Citizen, whose bottle of pure crude oil is packaged and priced like a premium fragrance to imply that the resource soon might be considered an extravagance. A tiny tester vial retails for $60, while the limited edition 50 ml bottle - now sold out - fetched just under $300.

Also on the posh side is Design Glut’s oil-price-stamped jewellery collection, which showed at the recent International Contemporary Furniture Fair and retails online for $80 to $3,200.

“We’ve gotten to the point in our culture where oil is so valuable you think of it as a luxury commodity,” says Kegan Fisher, co-founder of Design Glut. “That statement is especially evident in a ring where the diamond in the traditional prong setting has been replaced with an oil barrel.”
4.9
Score
Popularity
Activity
Freshness
Jeremy Gutsche Keynote Speaker