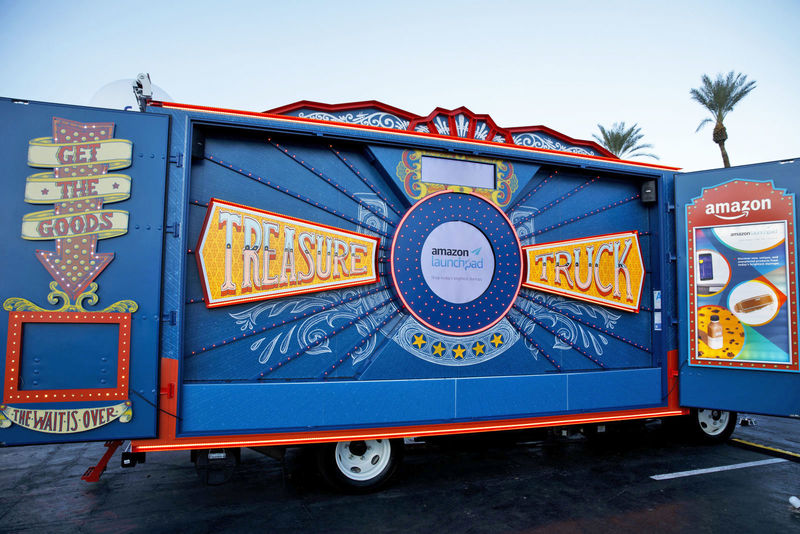 Joey Haar — January 31, 2018 — Marketing
References: amazon & engadget
Share on Facebook Share on Twitter Share on LinkedIn Share on Pinterest
After Amazon's much-publicized acquisition of Whole Foods, the company is looking to leverage its new property as much as possible, and the new Treasure Trucks are one of the first instances of those efforts. The vehicles, which have previously been in Seattle alone but are now rolling out US-wide in Whole Foods lots, are essentially mobile pop-up shops that offer up some of Amazon's most popular products and best deals.

Aside from the retail itself, the Treasure Trucks are designed to create an experience. That's immediately apparent from the trucks' decorations, which make them look like relics from an old-timey carnival. The trucks have also been used to reward lucky customers with trips — like a trip to Rio announced by Carnivale dancers — and to bring the joy of the season to various neighborhood, as when a Treasure Truck brought a mini pumpkin patch to Seattle during Halloween.
6.8
Score
Popularity
Activity
Freshness
View Innovation Webinars